Have you noticed that some girls just can’t help self destructing their relationships? Even when they have a great guy who treats them well, they start committing relationship mistakes that are sure to lead them to a cold and lonely end. One major relationship crime is smothering your partner. 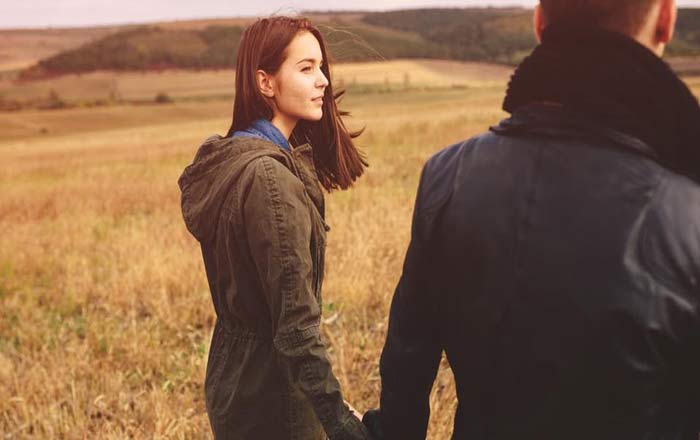 Listed below are some of the most commonly violated forms of smothering. If any of this sounds familiar, you need to make a change starting today.

1) Don’t give him (too many) reasons to be jealous

Obviously, a good girlfriend isn’t just faithful, but also never makes her guy even feel jealous at all. You don’t flirt with other guys if you love your boyfriend.
Let him know that he is The Guy for you and that you need nothing other than him. He needs to feel this. You develop trust in him by showing that you are only interested in him, he also won’t have a reason to be jealous all the time if you’re getting a lot attention. The best way to have him trust you is by not mistrusting him either.

2) Do you give him alone time?

Everyone needs time to kick back and chill. Your boyfriend will go crazy if you’re in his life twenty-four-seven.

3) Do you insist that he brings you to every party or event he goes to?

Everyone needs time away from the person that they’re dating. Especially, to go out and have fun with their friends.

When your boyfriend wants to go to a party or sports event alone with his friends…and you say OK…do you show up halfway through or at the end?

This is the ultimate sign that you’re smothering him. Not only will this drive him crazy and make you look like a psycho stalker to his friends, but you’ll also be breaking a bond of trust.

5) Do you always come over uninvited or when he least expects you too?

If a man is interested in your company he will surely let you know and invite you over from time to time. So let your boyfriend make plans for time together, especially if your in the beginning stage of your relationship. Otherwise, it will look to him your constantly checking up on him.

6) Try not to call or text him constantly

Let him miss you a little, a man will let a woman know if he’s interested, so let him chase you a bit, this may seem like old fashioned advice, even so its true.

Woman if you want a man to stick around save the dramatic outbursts, get a hold of yourself. There is nothing that scares a man off quicker than a crazy lady, as much as we love her music, we surely don’t want to be compared to the woman in a Carey Underwood song.

Remember the song “Hold on Loosely but Don’t Let Go” its true. Acting possessive is never good , it will surely drive him away. Don’t act as if every woman is a threat , this is your problem not necessarily his, unless he’s overtly doing something that is obviously out of line with the opposite sex. Remember he’s with you not her.

9) Be smart about the past

It’s okay to share your past once you get comfortable with your new boyfriend but don’t live in it. A man can only hear about your ex for so long and he will soon be tired of listening about it, whether it be good or bad.

Never compare him to anyone in your past, especially in an argument nothing can make a man more resentful than to be compared to an ex-.

Most of all be honest. It’s an attractive quality.