On a Saturday afternoon, I went to my Catholic Church in Newport Oregon,  Being raised in a Strict Catholic family I said to myself, Sherry you haven’t gone to confession in a while, so I proceeded to go into the confessional. 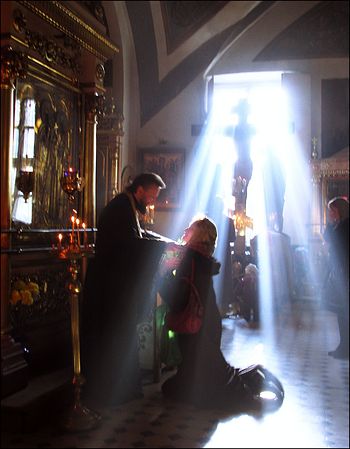 Little did I know this would not be an ordinary confession, as I said my prayer and asked the Priest to ‘Bless me Father, for I have sinned” I continued with my confession. After I was finished, I awaited Father’s penance. He spoke softly and said, “Sherry, I want you to go out and do something nice for someone.” I said, “Father, what could that be? that doesn’t seem very harsh!” He softly spoke and repeated himself and I respectfully thanked Father and left.

I mulled this over for quite some time. A bit confused but nonetheless, I was determined to do what Father had given me for my penance. I went about my day and did something nice for someone. At the risk of sounding “cliche,” I stood in the check out line and noticed a young man holding only one item. So I smiled and proceeded to ask him if he’d like to go in front of me? He smiled and said, “Thank you.” I asked myself (was this the act of Kindness that Father suggested?) This is where it all started.

I asked myself, “Was this the act of Kindness that Father suggested?” This is where it all started.

There are lots of different ways to show kindness, it isn’t only in the things I mentioned above. As I learned that doing something kind for someone meant so much more. It is a way of giving without ever expecting anything in return. I do, however, believe that when you are doing kind things the Universe surrounds you with a love that you might not see right away but it will come back to you ten-fold. I have proven this theory time and time again in the last fifteen years.

I’m not saying for everyone to turn into the next Mother Theresa of Calcutta (later to become Canonized into Sainthood September 4, 2016) but we (if you will) could all use her as an example of the little things she did every day. One of my many favorite quotes of her’s goes like this

So this brings me to my conclusion for the day, I learned to love more. I learned to give more, and I learned that life is exactly what you make of it, whether it be rescuing an animal from an abusive or neglectful environment, praying for the sick and dying, or someone that is not in a good situation. Handing a homeless person a sandwich and treating them as you would anyone else, talk with them if they would like to talk or just give them a smile.