Unfortunately, the simple act of communicating with one another can lead to confused messages, or messages being missed entirely. This is especially true when it comes to communication between men and women. It’s no wonder there’s conflict, when they interpret the same conversation in different ways. This is because of the different conversational styles of men and women. 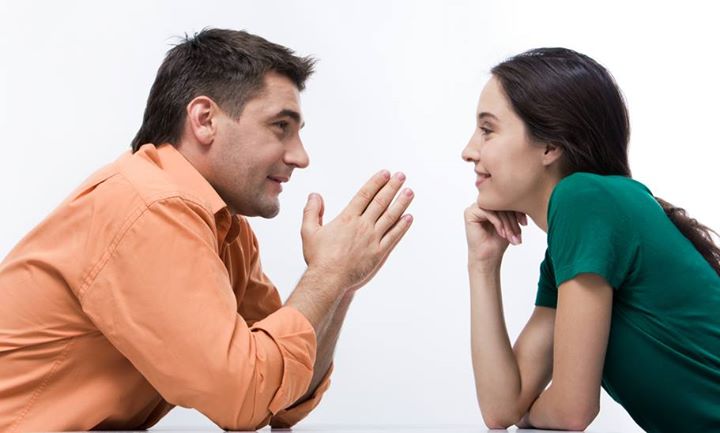 Many examples will stereotype male/female responses. There are many exceptions to the examples I’ve identified. Analyze how you feel or respond to situations; compare them to those described, and decide if you need to change anything in your communication style.

As women grow up, talk is the thread from which relationships are woven. They develop and maintain friendships by exchanging secrets, and regard talking as the the way they bond their friendships. Men bond as intensely as women, but their friendships are based more on doing things together and don’t require talk to cement relationships. Men converse to negotiate status; women to create rapport. Men are comfortable telling people what to do; women don’t like to pull rank, so request, rather than demand (which leads the men to believe they have the right to accept or refuse the woman’s request).

When conversing, women face each other directly, with eyes anchored on each other’s face. Men sit at angles to each other and look elsewhere in the room-periodically glancing at each other and often mirror each other’s body movements. Men’s tendency to face away from them when conversing gives women the impression that the men aren’t listening to them, when in fact they are. The only times men will really look for any length of time at the person who’s speaking are when they’re trying to evaluate whether the speaker is lying or not; the speaker is hostile and they may have to take defensive action; or they’re evaluating an attractive woman. In this last case, they’ll glance over the woman’s body while listening to her comments. This is highly distracting to the female speaker because the man’s eyes mirror that he’s not really listening to what she’s saying, but rather sizing her up as a woman.

Another habit that gives women the impression men aren’t listening is that they switch topics more often. Women tend to talk at length about one topic; men tend to jump from topic to topic. When a woman expresses her point of view, her female listener usually expresses agreement and support, whereas men point out the other side of the issue. Women see this as disloyalty and a refusal to offer support to their ideas. Women prefer other points of view expressed as suggestions and inquiries, rather than as direct challenges or arguments. Men are more comfortable with an opositional style.

Men expect silent attention and interpret constant listener noise as signs of impatience on the listeners’ part. When men don’t make listening noises, women may assume they’re not listening to them. Women make more listening noises such as “uh-huh …” to encourage the other person. Men often believe these noises mean the woman agrees with him, when she may not agree with him at all. Because men don’t make as many listening noises, women assume they’re not really listening. Men are also less likely to make non-verbal signs of listening, and many continue doing whatever they were doing before the conversation began.

Women are more likely to nod their head more, give direct eye contact, and stop whatever else they may have been doing when the conversation began.

Women often overlap and finish each other’s sentences (normally, neither is offended). Men clam up or react defensively when women do this to them, because they feel the woman’s trying to take over the conversation. Men feel it’s rude to finish another’s comments and shows lack of attention to what they’re saying, but are more likely to interrupt with negative side comments.