Love, at first sight, is the basis for many real life love stories, movies, novels and even has been scientifically proven.

A number of studies have been done and it’s been proven to do to the release of chemicals in the brain that affects the intellect and cognitive functions thus proving a feeling of euphoria. These chemicals released are dopamine, oxytocin, adrenaline, vasopressin, some of which act in together to create a high that could be what you feel when falling in love. 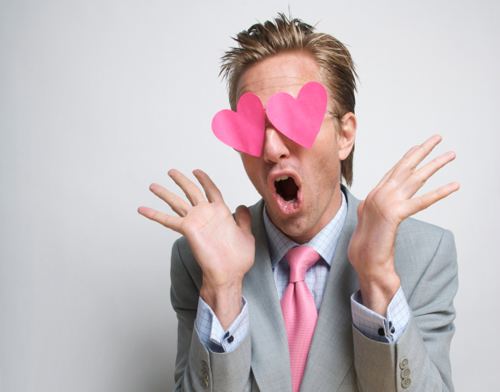 The question most asked is does the heart fall in love or the brain? I would say the brain, but the heart is also related because the concept of love is formed by both bottom-up and down processes from the brain to the heart and vice versa. for instance, activation in some parts of the brain can generate stimulation of the heart and butterflies in the stomach. Symptoms, as we feel as they might be coming from the heart, may sometimes be actually coming from the brain. These results confirm that feelings of love have a scientific basis.

Studies suggest that ovulation does heighten a woman’s response to the pheromone androstenol. typically found in males. The study also mentions an increased response to the strong male facial features, such as angled chin or a large forehead, that emphasize strength, aggression or dominance, which is likely to appeal to a woman that are looking for a masculine mate.

Females are found to prefer faces typically male characteristics during ovulation and those with feminine traits at other points of their menstrual cycle. Meanwhile, men’s notions of what is attractive such as hour glass figures.

So it may be physically possible, but just because you fall in love instantly doesn’t mean your relationship will last. Love is more than just an initial attraction, it’s about being invested in another person emotional and spiritual growth. Meaning there are deeper issues than just beauty and attraction. So while it’s possible to fall for someone initially at a superficial level you have to keep working on the relationships to keep it alive.

The younger we are the less developed our definition of love is, when we are young we don’t understand the meaning of true love “some may disagree” we are more likely to think that love, at first sight, will last. So unfortunately, this is not the case unless we work at it. Otherwise, this kind of love lasts anywhere from three or four months to three or four years.

Possibly giving reason to the young people dating and changing boyfriends and girlfriends at a faster rate than more mature older persons.

A relationship is like a plant if you do not feed or water it, it will not grow and eventually, it will shrivel up and die, a lot of relationships the couples have to work it and there are roughly 5 key things couples must have in a healthy marriage: Love, Commitment, Respect, Honesty and trust for the relationship to last.