Romantic love is one of the strongest emotions we will ever have in our lifetime if you have ever experienced this kind of love it can bring you the most blissful feeling of pure ecstasy or it can leave you feeling like you’ve just be hit by a truck and your heart is broken to pieces leaving you in despair thinking you’ll never be the same.  “Sigh” well let’s hope you’re not feeling like the latter.

Whatever your experience with Romantic love has been, I asked some people to share a story of how they met their significant other and this is what they came up with about this thing called “Romantic love” some stories are quite funny and some are downright adorable like this couple pictured below. I wanted to say a special Thank you to this couple and share a bit of their story. Below is a song written by Bob Phelan to his wife on their 40th wedding anniversary. 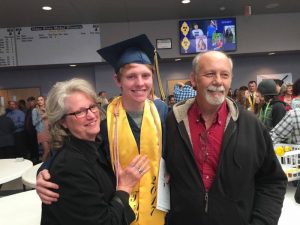 Bob pictured with is Wife, Shirley, of 43 years, his Nephew and the song he wrote the night before their 40th wedding anniversary. Congratulations on such a long and wonderful life together, keep up the good work. 43 years! amazing.

Here are some of the stories submitted. Enjoy!

Bob Phelan I’ll say it with a song…
Almost 43 years now though…
Forty Years Ago
http://www.reverbnation.com/open_graph/song/22270688   Along with Bob’s story he included some beautiful pictures of some projects he and his wife worked on a few years ago on their property, this is a really cute story and it goes like this :

Whenever my wife comes up with a new idea for another project around the old homestead, I’ve learned to trust her instincts. This “little” project pictured above was no different… She started sketching out the little pond and waterfall two years ago. I helped with the REALLY big rocks and the things she just doesn’t have the physical strength to do. But don’t get me wrong, she is a Dynamo and those who know her will tell you she isn’t afraid to tackle anything all by herself. She placed almost all of those stones herself and did all the landscaping. Once the little pond was done, came the inevitable: “Wouldn’t a fireplace and deck be really nice right here?” Yeah, OK, Sweetie…(Insert eye roll here) We discussed what we might incorporate and how it might lay out. We got a bid from a stonemason for a fireplace and quickly realized that our budget limitations were going to make this a do-it-yourself project. So, we stood in the yard and I asked her questions about her latest vision… Fireplace; Four feet wide? (Nooooo… six and a half feet). Open on One side? (Nooooo… Both sides). Ten feet tall? (Nooooo… fourteen). Pergola; 10’x10′? (Nooooo…12’x16′). Pergola eight feet high? (Nooooo…12 feet high). Posts; 6″x6″? (Nooooo… 8″x8″. 250# each…). Deck; Two levels, 16’x16′? (Nooooo…Four levels with mitered edge ribbons, angled planking and a bench seat around the little Cherry tree. Oh, yeah; and a little arched bridge across the riverbed…). You do realize how long this will take, don’t you? Oh, and you also realize there is a 600 volt buried electric cable right through here? And last but not least, you do realize that we are in our 60’s? (Yes…but we can do it!). Sure, Sweetheart, no problem…(This is what love is guys…deal with it). OK, so off to the races we go. And as usual, the scope of the project just continued to grow. I have skills with engineering design and construction, but we had no idea how to properly build a fourteen foot tall stepped fireplace open on both sides that would stand up under it’s own 6000# weight. But hey, we will try anything once… Good old YouTube and the Internet. We watched a multitude of How-To videos of people building various fireplaces and spent hours looking closely at photos to get the basics down. We drilled and dug, formed and poured the foundation and began our first of many (many… many… many…) trips to Menards for block, mortar, steel, and lumber. We worked side-by-side on the majority of the block and steel work, but once the fireplace superstructure was complete, my wife did all the veneer stone work by herself while I concentrated on the Pergola and deck framing. She was quite a sight, mixing mortar, hauling block, stones and mortar up on scaffolds fourteen feet in the air, (On 95 degree days, in the rain; she was driven to say the least). Once the stone was on and the scaffolds were down I began working on the four-level deck. (Which by the way, is almost 100% angle cuts everywhere…) She did all the staining and she is now working on additional landscape around the deck. We will be enjoying this for years to come. The whole point of this post is just to remind you that you shouldn’t be afraid to try something just because you have never done it before. Work methodically, and think things through. Have a plan, and don’t be afraid to adjust it as conditions warrant. It is the same in the business world as it is at home; believe in yourself, and don’t be afraid to push the envelope once in a while. You might be amazed at what you can accomplish. All the hard work is worth it in the end! Now working on the deck furniture…(Another project in itself…Ha!) Written by Bob Phelan Bob Phelan Producer at EllieB Block Party Show / EBBP Productions / Songwriter @ BMI 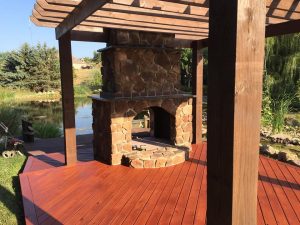 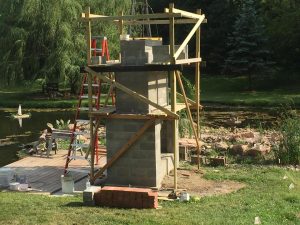 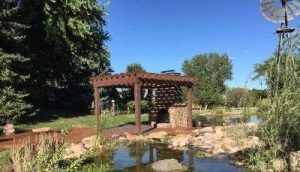 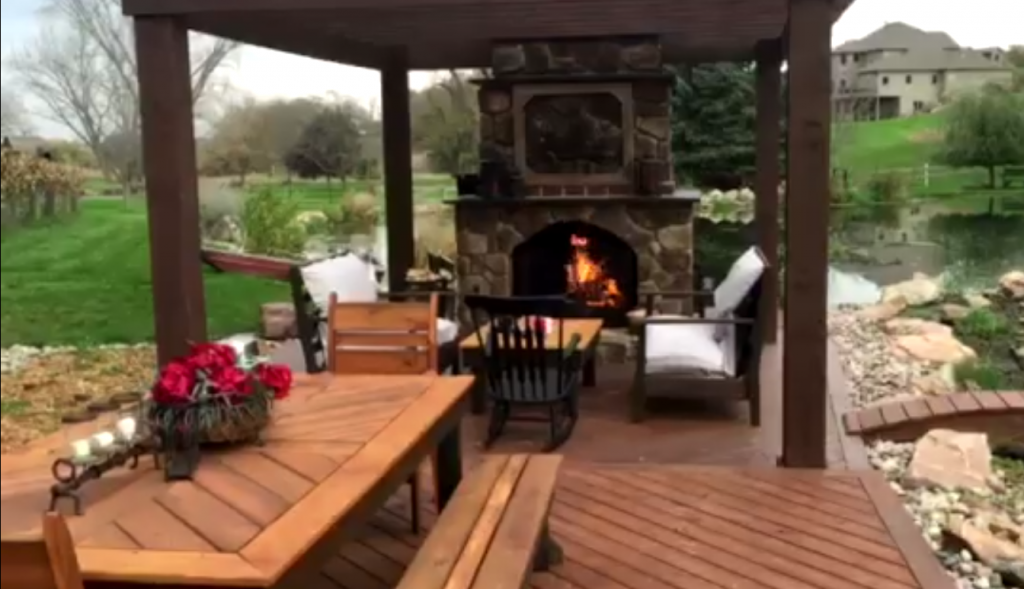 I hope you enjoyed these stories, for the ones reading this that haven’t found their true love yet, don’t give up your story is out there waiting. In the meantime have fun and when the time is right God will send you the right one some day too. God Bless